Dom Thatcher Saxophonist
Katie Bradley Music
About
"Katie Bradley has become a must see artist on the British Blues scene"
BLUES MATTERS MAGAZINE INTERVIEW 2014
Additional Information
Official website: www.katiebradley.co.uk
Facebook page: katie sings the blues
Youtube channel: Katie B https://www.youtube.com/watch?v=l9hyUnp7kLE
Twitter feed: @bluesykate
Soundcloud page: https://soundcloud.com/katie-b-b
Reverbnation page: http://www.reverbnation.com/katiebradleybluesuk
Blues Vocalist and Blues Harp player Katie Bradley is receiving worldwide airplay and acclaim after releasing her Debut Album in 2012. Katie was nominated for a British Blues award for her original song 'I hear the river'. Katie received a phonecall from Paul Jones who championed the track on his BBC Radio Two show and The following week 'I hear the river' reached no.7 in the i-tunes Blues charts, the only british entry in the top 10 and the only female artist. Katie has a great live persona as well as recording artist. Katie plays with some of the Best Blues musicians in the UK and Europe, with worldwide appeal to concert and festival audiences. From London Blues Clubs to International festivals Katie makes a great name fo herself.
It Aint Nothin' But the Blues:
"Katie's roots lie deep in the essence of the Blues, a huge rich voice that gives praise to the legacy of Big mama Thornton and huge respect to Etta James, lookout! for Katie 2012!"
- Broadstairs Blue Bash '12
"Katie B has the voice of Big Mama Thornton and the heart of Memphis"
- Joseph Woby, The Sunday Times
media
Isobel Thatcher 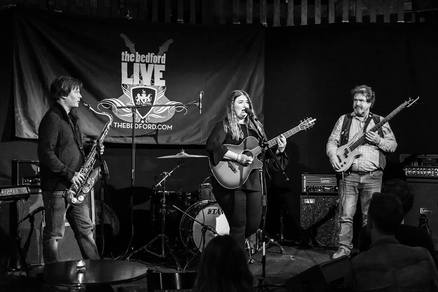 Isobel is an award winning singer-songwriter in London UK who’s style is heavily influenced by the Blues scene that Isobel grew up with, as well as Wistful Americana and Country.
​Isobel’s self-penned songs have given her a wide range of success singing all over the UK and internationally in venues such as the O2 Shepherds Bush Empire, London and Rampelyset, Denmark which has given Isobel a chance to build her reputation and fan base. This has also led to Isobel being a nominee in the Graham Steel Music Awards 20/21 for ‘Best Female Artist’ as well as being top 15 Category Finalist in the Blues & Roots Radio International Songwriting Competition with her song ‘More Than Words.’
Isobel independently released her Debut EP in 2013, which was recorded with Curved Air legend – Michael Wedgwood at his studios in Denmark. This received radio interest from not only local radio stations but also BBC Introducing UK – the South.

This has been followed by Isobel’s long awaited E.P ‘On My Own’ which boast a range of styles from Country, Blues, Folk and Pop . On My Own was launched at a sold out ticketed event in Wiltshire and also at the infamous Bedford in Balham. Isobel has also performed tracks from the new E.P live on BBC Wiltshire and it has had radio play from Abbey 104 FM, Way Out Radio, Alex Krupa’s Country Show and across the pond on KB Country Radio and Grey Eagle . The record has been described by Rock-Regenernation‘ as: “a plethora of blues influences as well as a good sprinkling of country styles with Isobel’s fine vocals being the proverbial cherry on the cake.”

​Isobel released her new single ‘Walking Down The Tracks’ on the 30th October 2020 which is described as a Blues tinged Americana track detailing the troubles of continuing something despite being unquestionably bad news. This has been featured on radio stations such as: Blues & Roots Radio, Country Hits UK, BBC Wiltshire and many more.

​Nelson & Friends is an Afro-fusion collective, which blends the music of Nelson’s native Mozambique with jazz and funk. The group released their debut EP Ana Ndi Angambo on Skyride Records in 2016.

Led by Nelson Neves, the band features the legendary Ghanaian-British percussionist Kofi Kari Kari, Aldo Couceiro and Tristan Kennedy on guitar, Tom Fairburn on bass, and Dominic Thatcher on sopano and tenor sax. As well as being a successful dancer and choreographer, Nelson was the founder of the well-known band in Mozambique called Djaaka who toured the globe before Nelson moved to the UK.

​The group have gained a reputation around London as a live act, with their irresistible rhythms and captivating melodies making it impossible not to dance. Nelson & Friends’ music is inspired by the likes of Youssour N’dour, Madala Kunene, Miriam Makeba and Mozambican names such as David Mazembe, Severino and many more. 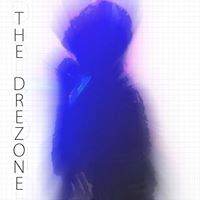 Honored to play on the new single "Desire" By "The Drezone" featuring myself on Tenor sax! 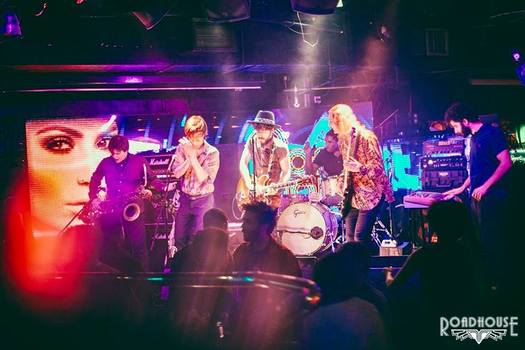 Jupiters Carnival claim to be from Bristol, but they sound more like they just woke up in laurel canyon after partying on Mars. They blend stomping hard rock with blues, funk, soul and loopy psychedelia into a head-spinning collage of sound' - Classic Rock Magazine.

‘Recorded in Bristol with Jim Barr (Portishead) this may well appeal to those who wish that the last 40 years were just a bad dream. The lazy ‘Smokestack lightning’ intro to ‘Waiting For The Day’ ushers in a soulful and convincing take on Coverdale-era deep Purple and that bluesy underbelly is visible again in the eastern-tinged psych-rocker, ‘The Sun Still Shines’. A funky mid-section pulls us ever further westwards until by the time we get to the Booker T-steeped ‘Come Home’ we are slap bang in land-locked USA and about as far away from the English west country as you can get. The strut of ‘See The Fire’ presages the closing ‘Within Your Mind’, which might as well be Sly Stone and Lowell George jamming with the Allmans. With great vocals and superb musicianship and arrangements , what reason is there not to do the time warp again?’ - Shindig Magazine.